The most important resource considering the operations of a business are its employees. Without trustworthy, committed and professional staff, running a business is impossible. During 50 years, springing from a small village into a group of more than 700 people, the job market has changed multiple times. The faces and personas have changed. A handful of employees are still with us after 40 years so we have some very familiar faces on board.

Recruitment and staff shortages are a popular topic of discussion, and they touch almost all industries. How did recruitment change since our early days and how did it look like in the 70’s? How do we keep up with the constant change? We discussed this topic with the founders of Ouneva, Liisa and Heikki Nevalainen. Our discussion was coloured with humor and the atmosphere was very warm while the retired founders told their stories. Many different encounters happened, and life-long relationships were formed during the decades! The modern view on the topic was provided by our chief human resources officer Riitta-Elina.

In the beginning of the 70’s, Ouneva was located first in Toijala. After an unlucky accident that led to the fire burning down the first factory, the production was moved to the town of Virrat, into an old barn building. There was plenty of work, and the industry was new to everyone all the way from Heikki to production. Due to the industry being so new, workforce was recruited internationally. That was not very common in that time in a small town. Things were learned together, and information was shared equally among everyone. Recruiting workers was easy, oftentimes people would walk in through the front doors and ask for work! “Rumours” went around the small town about open positions and the employers. And in a small town, it was even known which families had the hardest workers! In the end of the 70’s, our staff consisted of 17 people. 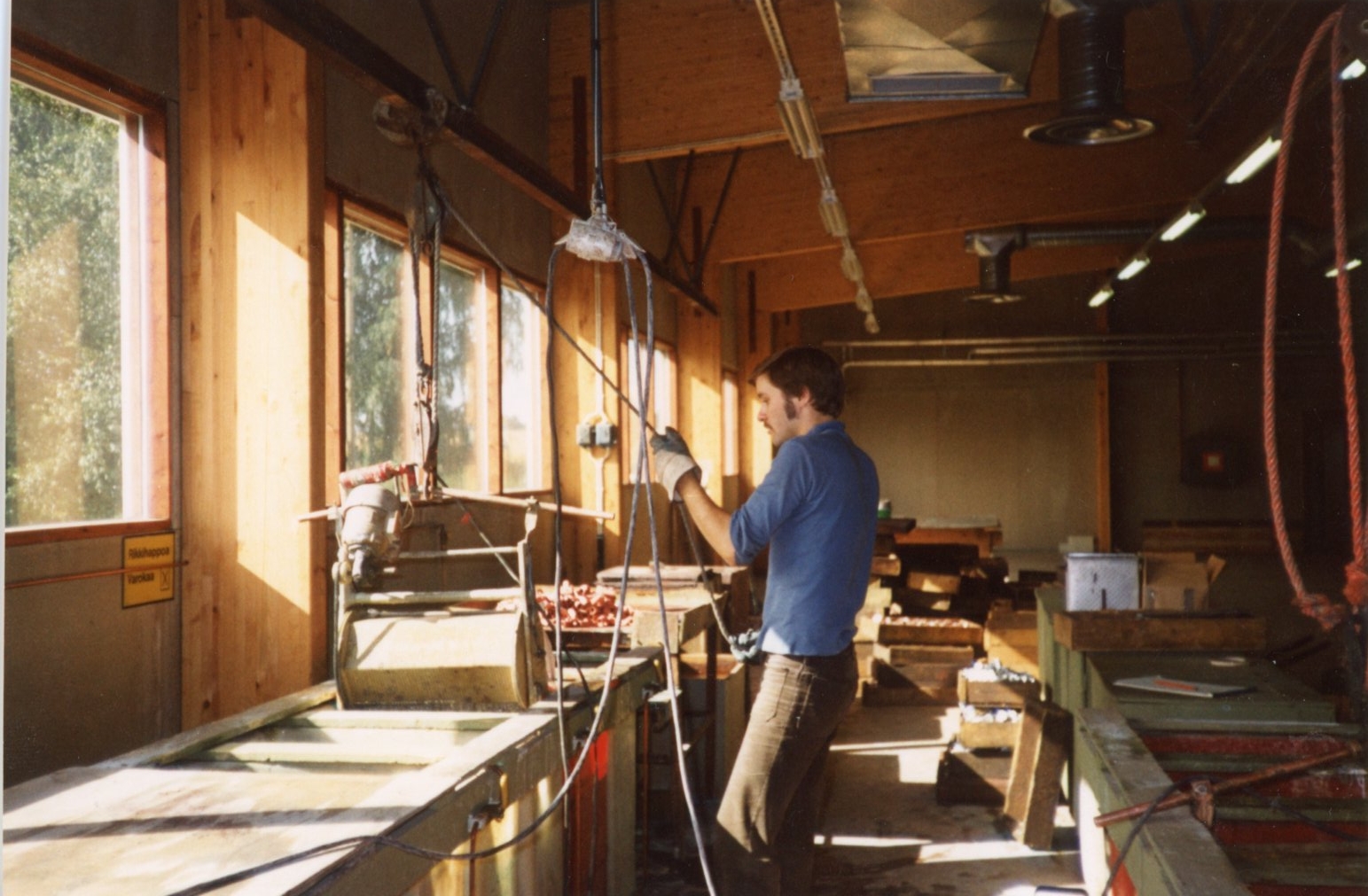 When the decade changed, new things were coming along. Ouneva moved from Virrat, “back” to North Karelia, to the birth region of the founders. Only a couple of employees followed the company to the East. The new facilities were bought from a bag factory, which also brought workforce as a sort of inheritance, as Heikki put it. Everyone who wanted to work for the new company, was taken in with open arms. Open positions were advertised on local newspapers, which brought curious faces to the doors. By the way, direct recruitment is not a new trend! Our founders did quite a lot of that back in the day. If somebody knew a hard-working acquaintance, Liisa or Heikki approached them by phone and tried their best to tempt them for some work!

In 1987, Jotwire was founded to support the production of electrical connection products through contract manufacturing of wire harnesses. To support the demand for new workforce, the local labour office was taken on board in recruiting. The recruitment was successful with 20 new employees, and one of them is still with us up to this day! All the new employees were trained in-house by our staff. The most important thing was a strong attitude towards learning and improvement, which serves as a core value for still today. 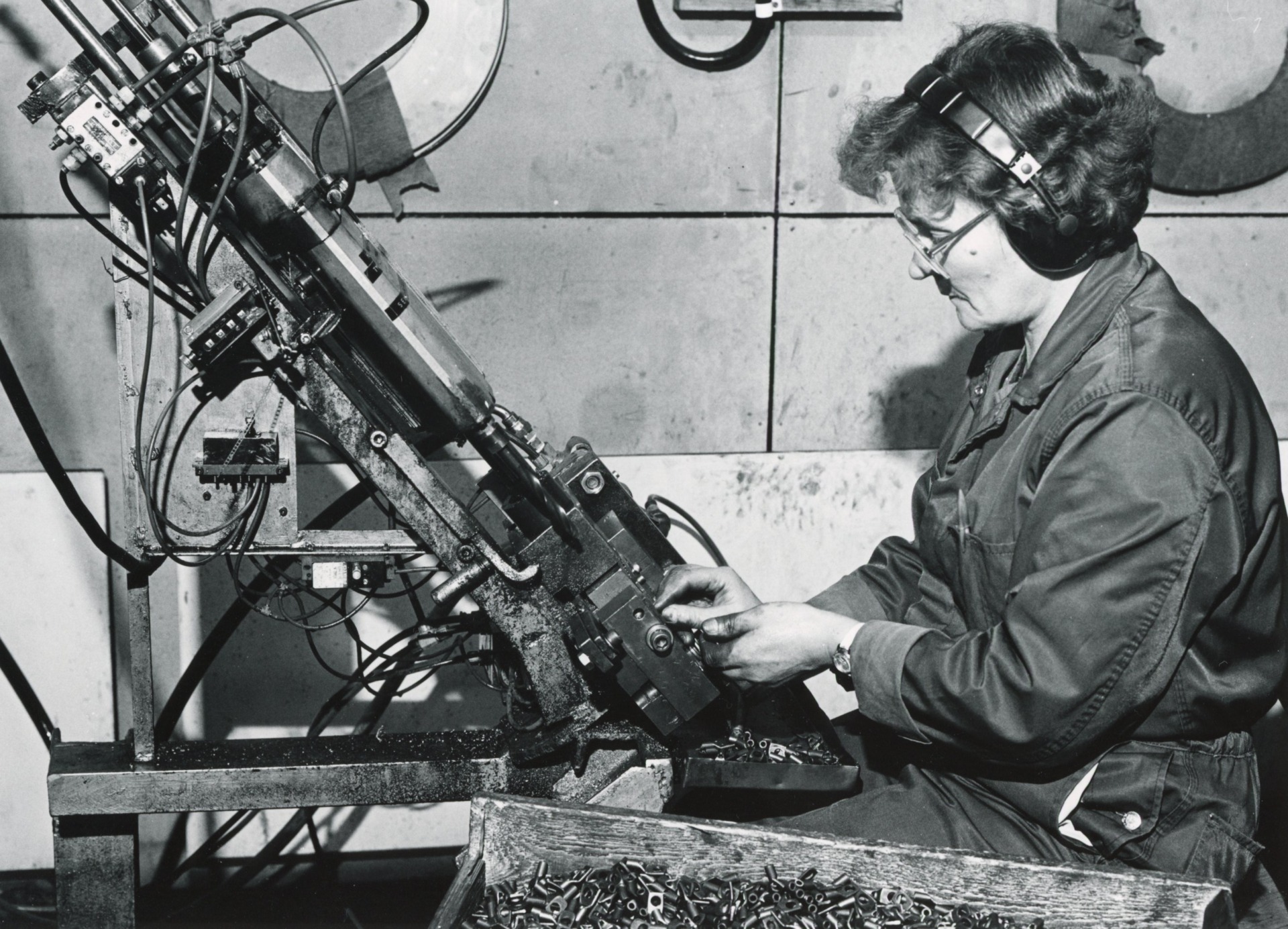 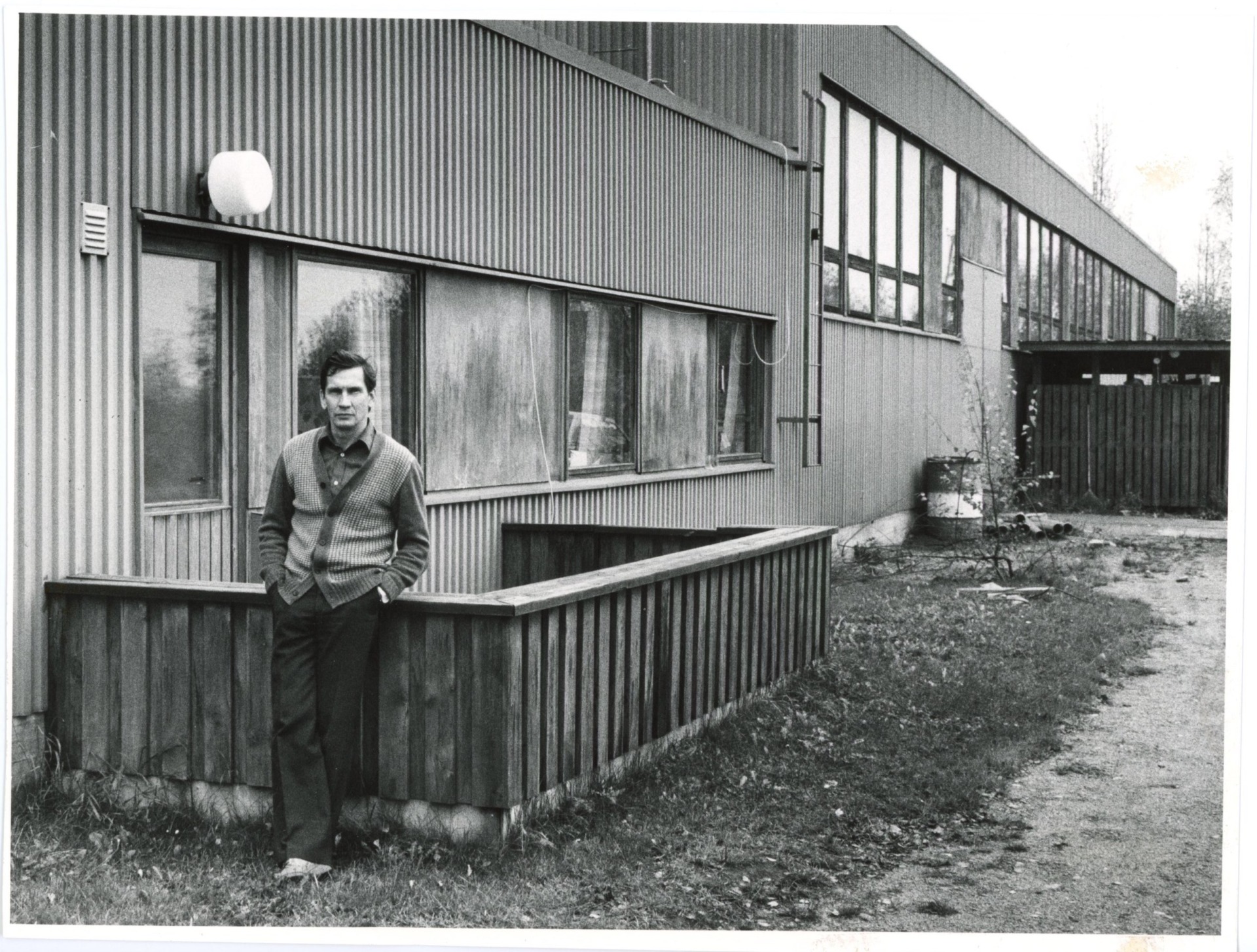 The speed of the business started to grow when the 90’s arrived. In addition to Ouneva, the business included Jotwire and Alsiva. Due to the acquisitions of other businesses, recruitment changed its shape as well. The meaning of education went through changes, both for employers as well as for those looking for work. Having an education corresponding to the industry was appreciated more and more. But, Heikki did tell us a few stories about some people who had the perfect papers with the perfect education, but when thrown into the working life, they did not keep up with it!

Although recruitment practices started to change their shape, the occasional work-seeker still walked through the front doors. Due to the growing number of companies in the group, everybody “found their own” meaning independent recruitment and decision-making. 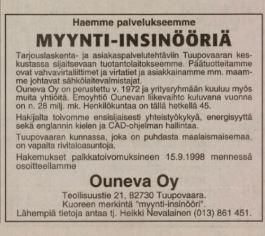 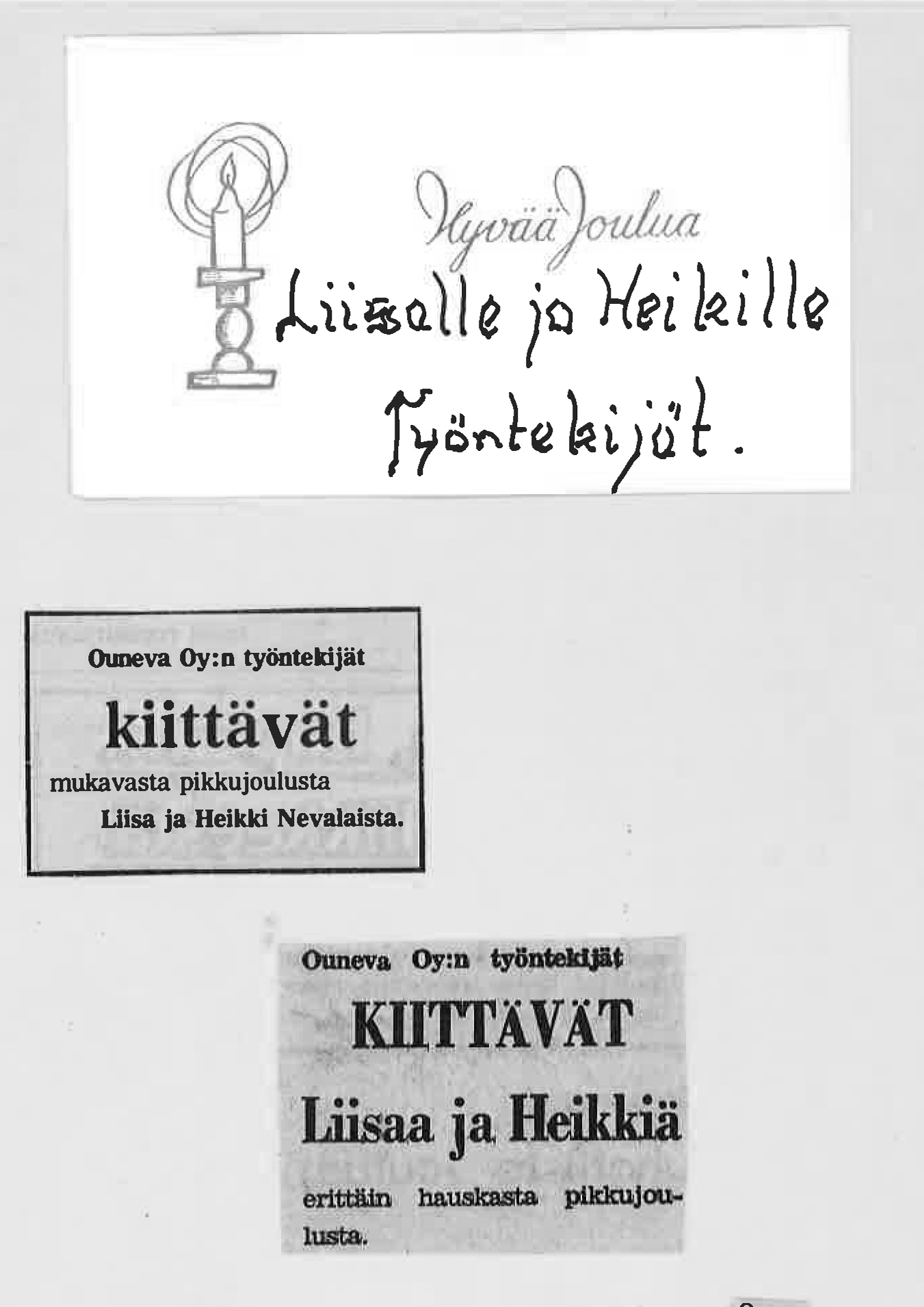 In the beginning of the 2000’s the personnel operations were going through a lot of changes. TE-services brought the open positions online, which meant some centralisation for the vacancies. Open positions were advertised in local newspapers still and it was a very efficient way to advertise them, contrary to today. The way that job interviews were conducted went through a big change along with the working culture. The transition from an “interrogation” situation to dialogue and asking relevant questions from each sides became the norm. This change translated also to supervisor work and our organisational structure started to resemble the modern, equal structure.

The staff was celebrated more, even though no official strategy for occupational well-being was established yet. In the 2000’s, extra training providing special added value became a routine. Our chief human resources officer Riitta-Elina finished her degree on leadership in 2010, which kick-started the development of our HR strategy! Everybody knows Riitta-Elina, as she is the corner stone behind the work and positive changes. Riitta-Elina has been with us for 32 years, and there is almost no question she is not able to answer.

The change from a small village to a small city had begun. 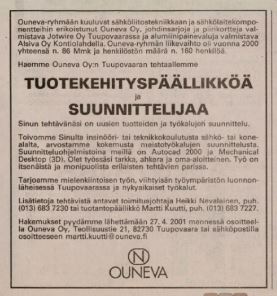 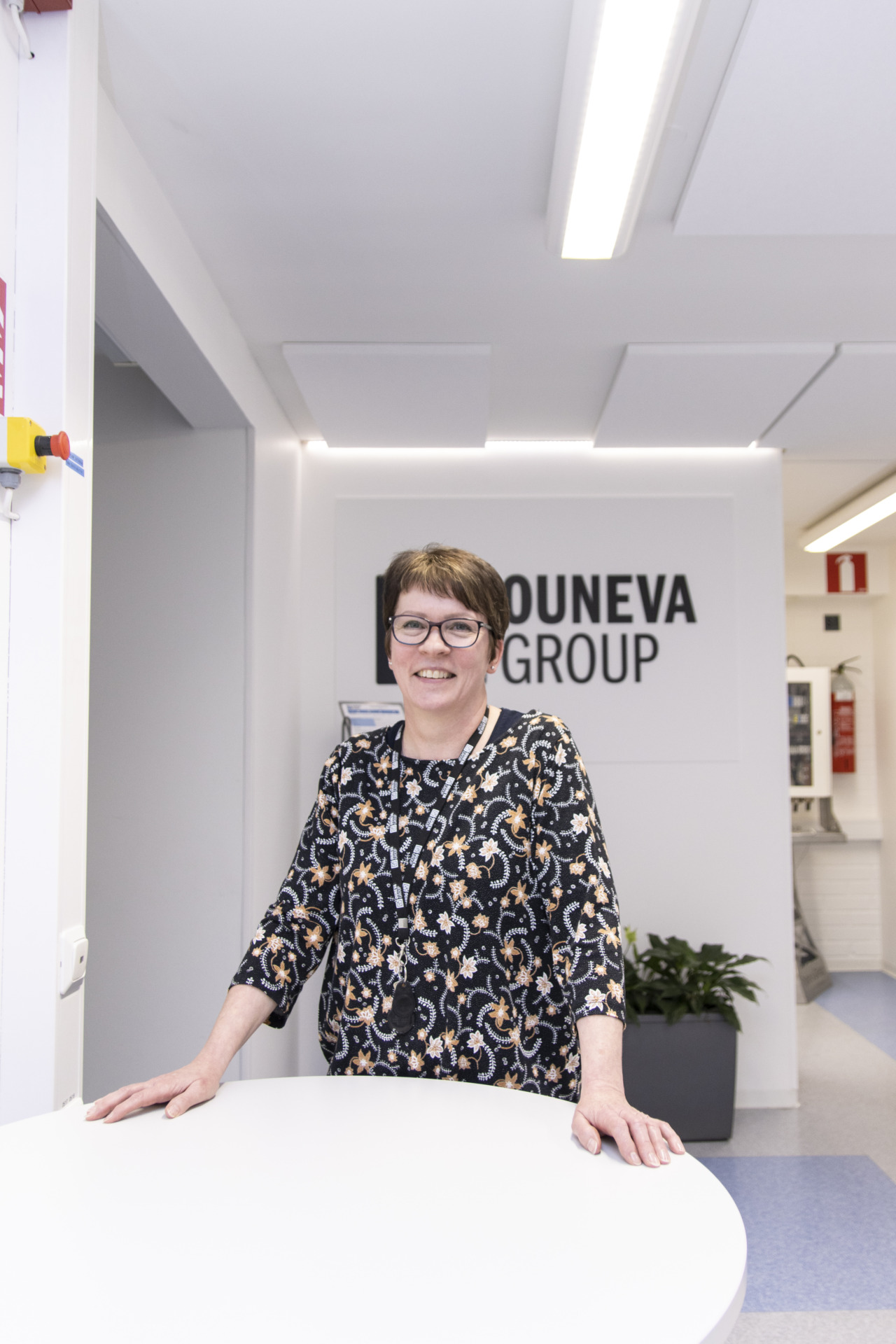 The same values from the beginning of our days still direct our operations today. The differences to the decades of the past are highlighted in modern ways of working, technology and culture, that change the way we do things to develop the occupational well-being and recruitment. The new generation of professionals search jobs and work in a very distinct way.

Old tricks don’t work anymore, which has given us the push for development as one group. Different development projects and measuring and tracking especially the satisfaction of our staff are everyday tasks in our group today. We conduct employee satisfaction surveys more than once annually, and data-based decisions give us the direction towards a happier staff and a smoother application experience. 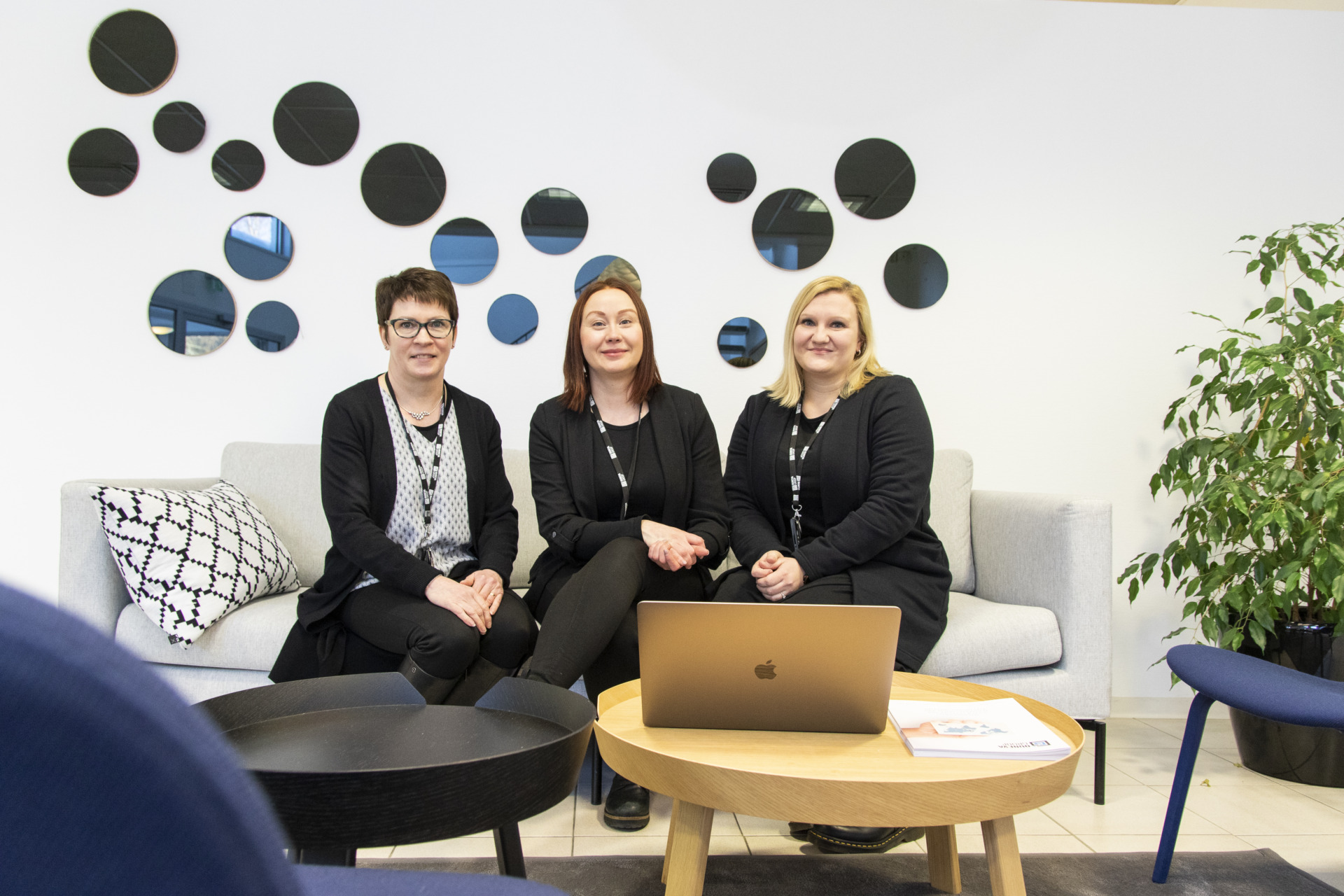 You learn by doing. During these fifty years, that has been the core learning for us. If a suitable education history is lacking, we have often noticed during onboarding that some people naturally possess positive and unexpected qualities, that make them a very suitable person to work with us. A strong attitude can take you far, and no one is ever a perfect match. This applies to our organization as well, which in turn keeps us motivated to develop ourselves continuously. The appreciation for labour force has changed its shape so many times, but we can gladly say that we are one of the biggest employers in the region of North Karelia with more than 700 of our amazing professionals.

To maintain our position, let the work continue!