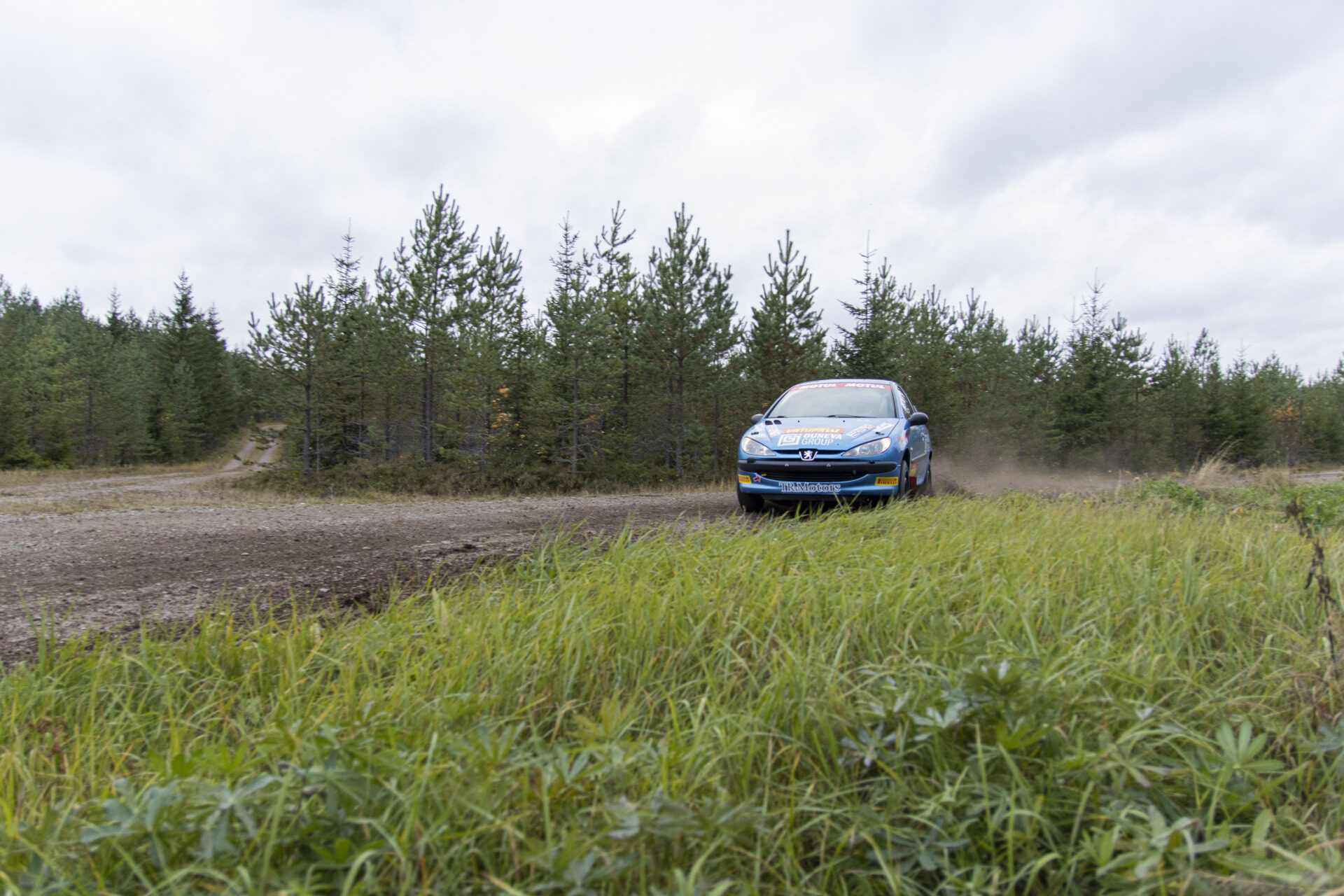 Ville, a very polite and calm young rally driver turned 16 on the day before our interview. He submitted his special application for a driver’s license the first thing and his last season in rally went well. All his goals were accomplished. What’s better in the life of a young rally driver!

Ville is the new Finnish rally champion in the youngster’s series, both in rally as well as in rally sprint. Goals were fulfilled and the car stayed in one piece, not counting one little spin. His very meticulous way of driving saves on some mechanical costs, or so we heard! Ville has been inside the rally world since he was a child, because his father and uncle also drove in the Finnish championship. When Ville was 9 years old, he saw a picture of a car suitable for practicing and the car was brought home soon after. “Peltoauto” we call them in Finland, which translates to ”field car”. That is how the young drivers practice handling a car, on an empty field where the dreams about rallying are born. Ville’s father made a long track on the fields in the winter, where he got to practice driving on snow and ice. Ville said it was an important time, because driving on the snow teaches you to handle the car well, especially reaction time-wise.

The environment for practicing is still great for Ville, due to the winter track and a private test road. The test road is important, because Ville can test the car and his mood before going to the races. Motorsports are clearly a common cause for the family. When we went to take some fast photos, the family members took care of closing the test road and preparing the gear. The commitment to the sport is clearly visible on the walls of the garage, covered in old race number stickers with dates written on them. 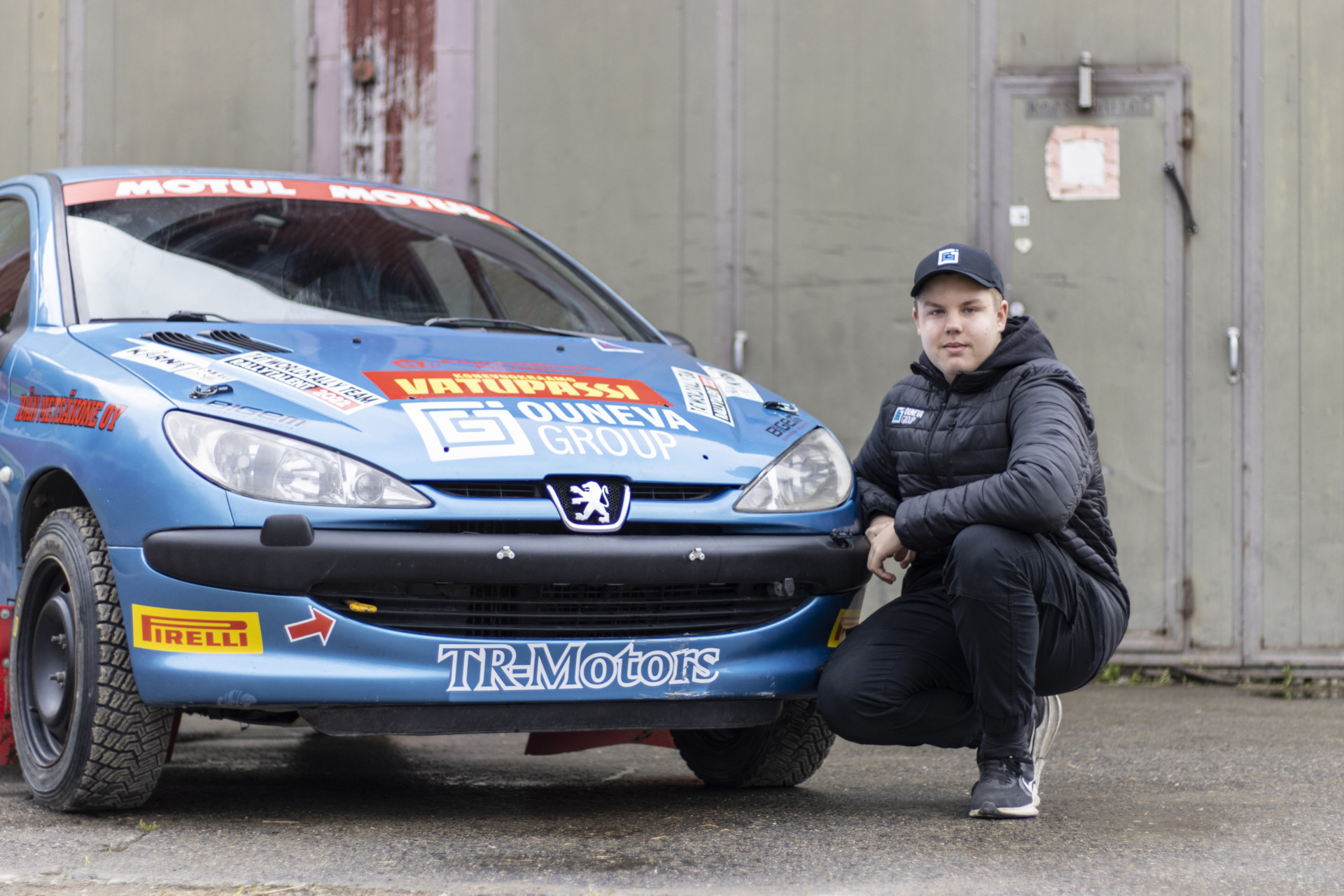 “The speed is definitely the best in driving”, says Ville when we asked him what motivates him in the sport. Developing driving skills comes second after the actual speed. Ville just honestly enjoys driving a lot according to his own words. He has a very goal-oriented mindset, and the next goals are in the next season and the near future. Ville says that he sees his future in motorsports. The goal of the next season is to learn driving with pacenotes. The youngster’s series is driven without them, which means there is a nice learning curve ahead. Driving in a factory team is the biggest goal for Ville. To reach that, lots of work has been done and will be done in the future. Ville leaves us with a very responsible image. He was invited to a training camp organized by AKK, where young talents get coaching about career planning, self-development and of course driving skills on a professional level. Ville sums it up by saying that he has really enjoyed his time learning!

Ouneva Group is driving with Ville in the Finnish rally championship!